The day might not be that far away that you will walk near a building site and see construction vehicles move, lift and dig by their own, working together as a well-organized team. But how does it work exactly and is that really more efficient than man-operated vehicles ?

It all starts with a precise mapping of  the  building  area  thanks  to drones. They scan the environment, reconstruct a 3D mapping via photogrammetry, finally they send  to the construction vehicles. The AI integrated in the machines then takes over and given them instructions where to go and what to do, depending on the pre-defined objectives given through the AI software. 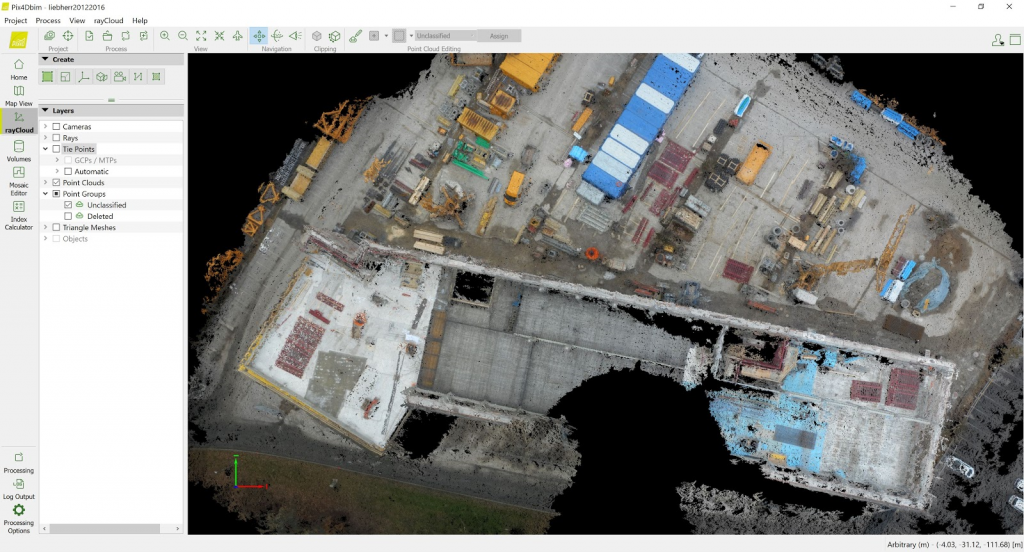 Currently available technology does not make the engines fully autonomous yet. Most engines of the kind are actually only partially autonomous excavators, as an operator is so far still needed to control the excavator’s boom. For example, the PC210LCi-10  intelligent model from the Japanese manufacturer Komatsu one of the industry leader, relies on a factory-integrated 3D GNSS machine control and guidance system but is not self-driven.

t is however defined as intelligent as it offers real-time bucket edge positioning as well as information on the boom and the arm thanks to hy- draulic sensors. The model also includes auto stop control, and minimum distance control. But in the same way as tests have started for fully autonomous trucks transportation, human presence will also tend to be removed from construction engines.

But so what about the efficiency?

Solid data is difficult to find as such engines only begin to be used and as human presence and influence change from one case to another. However, recent studies show a tremendous increase in the productivity and efficiency thanks to those engines. In Japan, where such engines were used in the construction of highways in 2015, it took the automated engines only one day to complete the work while it would take two weeks to a human team. Beyond speed, another key efficiency factor is that ground measures obtained via drones photogrammetry are more reliable than measures obtained by human workers, thus reducing a lot errors and rework.

As always when introducing new autonomous systems, this opens debate on machines taking workers’ jobs. In Japan, there was no debate needed as there was actually a lack of workforce within the construction sector. Machines were thus an opportunity to achieve the construction of the highways. But what if such machines tend to spread themselves in Europe where unemployment is higher?

No doubt that this will create tensions between social, ethical and economical considerations.

In conclusion, besides technological developments and legislation improvements needed, there are also ethical questions that have to be answered before further developing all autonomous systems.